Everybody knew this was coming and most people didn’t even buy into webOS at the beginning. But the final word is out. HP is retiring its webOS for HP mobile devices on the 15th of January 2015. The app store will still be open until November 1st and updates can be submitted until the 10th. HP promises the device will still work after the 15th of January 2015, but you can no longer retrieve a lost password. Which might be tricky.

Anyway, the end of an ill fated era. Lots of people didn’t really believe the Palm phone series would work, and as a self fulfilling prophesy they sure didn’t. HP says it is now 3 years after they sold their last device and it is time to end the whole thing. Interestingly, webOS now has been openSourced and is apparently sponsored by LG that uses it in their smart TV’s. So, there might be an opening there for that handful of Palm owners. They might still be able to watch some TV on their devices. 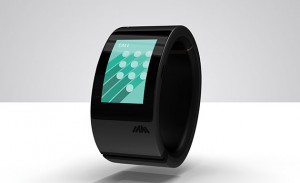 Ok, I know, I am probably not the one to say anything, but I am getting annoyed by the fact that wearables are now defined by watches. It seems that when you are now considering new technology, it really just is the same technology, but in a watch. To me the whole thing has probably come to a climax with Will.i.am’s watch that was presented at Dreamforce yesterday. The whole idea of having to wear a jacket with a battery pack to make sure your watch will actually work for 2.5 days is incredibly stupid. (Even though charging through touching the sleeve sounds pretty cool.) Just as a backpack that will count your steps and weigh you. Whoever thought of this? I mean, honestly. Yes, I understand that there are millions of people wearing watches and that it can be pretty convenient to see on your watch whether you need to ignore yet another call or message. But a backpack that counts your steps? Couldn’t the watch itself do that? Or leave it to the phone in your pocket? And then, I haven’t started about battery life yet. A phone should be something that you set and forget. You wear it around your wrist for the convenience of knowing the time, and perhaps doing some other fancy things. But you really don’t want to have an item that you rely on to tell you when to be where and then find out that you forgot to charge it that one night and subsequently miss your train, your meeting with your boss and getting fired in the process. Ok, that might be putting it a bit too strongly, but in my opinion a watch should at least be capable of being on for a while. The Pebble lasts a week on a charge, so that will at least allow you to be at work on time, perhaps leaving you late for church on Sunday when you forget to charge it. 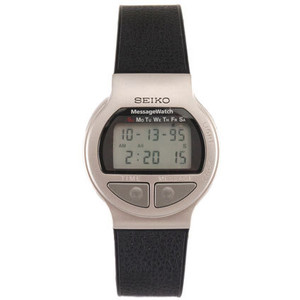 Do I hate watches? Not really. Even though I haven’t really worn one for years. Do I hate smart watches? Nope, not that either. In fact, some 20 years ago, when Seiko released the Message Watch, I was one of the first to own one. Even though reception in my area was flaky to say the least and there weren’t many useful services. But man, did it feel cool to have that. So, 20 years later, we really are just back at that stage, albeit with bigger full color and touch displays. Great.

But whatever happened to real progress? Don’t knock me here, but honestly, Google Glass was a cool wearable that we don’t really hear about anymore. At least it was something that really added to your every day experience. Though you would probably need a backpack of batteries to have it work throughout the day. Where is the real innovation here? Another display on your wrist is not going to change your world. So, even though I might end up with a smart watch again at some point -if I find a useful one- I am really just looking forward to the next step. What will it be? Levi’s smart pants? The i501.0?