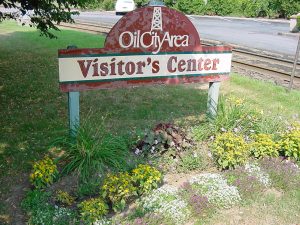 I just came across the Oil City Aftermath. A short video on the story of a small city that became huge in oil and then fell apart as the oil companies left. I have seen the effects with my own eyes and even back in 2001 did some street photography there to document the demise when I visited my friends there.

To me, the story of Oil City is one of many towns and cities and one that will be repeated over and over in the near future. With the rise of automation in jobs and daily life, this is closer to us than we think. And we need to step up to rethink who we are and what we are as cities. I think Judith Etzel formulates it very well in this video when she says: “This is what can happen to a community if you don’t diversify, if you are not open to new ideas, if you can’t think outside the box, if you can’t be innovative.”

That is why we need to step up. We need to rethink cities as set entities, but regard them as fluid. And as water takes different routes to get somewhere, the flow of jobs, income, identity, relationships and everything that shapes a city needs to change course continually. We need to be ready for that, now and in our near future, because so much is changing. Look at retail, look at care, look at the upscaling of businesses, look at automation, at the sharing economy, at augmented and virtual reality. These are things that are going to shape our future if we don’t shape our future to incorporate these things to serve us.

Nobody wants cities to decline, retail areas to be empty and businesses to close. But it is up to us to reshape our cities into vibrant communities where we embrace change, where we work with it to improve our standards of living as a community. But we need to do that now and we need to do that continually.

Good day out on the bike to stretch your capabilities. 😉

Make sure this account has posts available on instagram.com.