Google and the tech cool 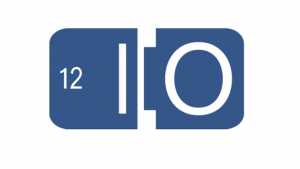 Yes, I watched (part of) the Google I/O keynote today. And I loved it. There are reasons why I have an Android phone, and Google I/O is one of those reasons. I have to be careful not to write yet another Google versus Apple piece, but lets face it, there is something about Google.

Just to get this out of the way, yes I have an Android phone. But I also have a MacBook and an iPad. Oh, and three Windows machines. So, how partial am I? I don’t know. After WWDC I decided that when the iPhone 5 would be released, I would get it. Now I am watching the Google I/O I want to stay with the Nexus series. The reason? Everything around it.

The way I see it, if we look at Google and Apple, we have two very different companies here. If you buy an Apple, you know you are getting great quality. It will work great and fluently and will keep on doing so for years to come. But more and more Apple has become the ‘safe bet’. The one to go for, because you know it will boost your productivity. The stuff you use will be integrated and the new features are cool enough and designed well enough to make you want one.

And then Sergei Brin walks on stage, completely messes up a reasonable Google+ presentation to have four people jump out of a blimp about a mile above the conference center to have a Google Glass brought in. With the live jump on Google Hangout, the stunting mountainbikers, the climber abseiling from the building. So much could go wrong. But they do it live. Why? Because that is their passion.

The Google I/O is not as slick as the Apple WWDC. To be honest the two people presenting the background for Google Glass should never have been on that stage. They were not very good presenters in the first place. But unlike Apple, Google bares it all. You see the people behind it, you see that sometimes little things go wrong and the whole world can watch it happen. And that is what attracts me to Google products. They bare it all. They show you the gears, the nuts and bolts if you will, and they are not afraid to show you that it is greasy inside.

Is my Nexus S perfect? Nope. Far from it. After a year of using it, I could really do with a new Nexus. It has that problem more than my iPhone did. But it is a love and hate relationship because of that same reason. After Google released Ice Cream Sandwich, it uploaded to my phone automatically a little later. It makes you feel like you are part of the progress. It gives it something of a tech cool. I cannot put my finger on it, but it does.

Well done Google. Well done for taking the risk, well done for pushing it forward. And I am sorry I wasn’t at the Moscone Center today. (If nothing else, because now I do not get that free Galaxy Nexus phone, Nexus Q, a Nexus 7 tablet and the Jelly Bean preview.)