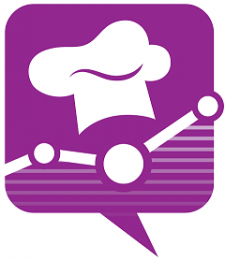 The most important two words by Jan Rezab for his presentation were “socially devoted”. In all honesty, social media marketing so far has been mostly broadcasting. Companies are sending out their messages proactively, but they are still just sending out their messages. The interaction also needs to be social reactive. A conversation has two sides that means that both speak and listen. That part has been missing in many cases. Right now Emarketer says 80 or 90% of the companies are active in social media. But only a very small percentage of them is doing it well. At LeWeb Socialbakers presents a study that they have done for Facebook, but they intend to gather similar figures for other networks as well. From the figures they have gathered, they have deducted three main points that you can use as guidelines to becoming more socially devoted as a company.
They have put those three points into a very basic manifest:
1. Opening yourselves. Do not close your Facebook wall, or close your profile be open.
2. Responding to fan questions. At least 75% of questions needs to be answered
3. Communicating in a timely fashion. The industry standard is 28 hours to give an answer, which is much too long. You will not wait in a store for an answer for 28 hours.

Then Jan Rezab shows a couple of examples. Claro answers 90% of its question within 19 minutes. They are doing well. But If we look at car companies, that are effectively social companies, they answer just 17% of their customers’ questions.
Shockingly, Disney, American Express, Xbox, Skype, British Airways, McDonalds all have their walls on Facebook closed. What are they afraid of? Why do they not dare to answer the questions of their customers?
Through quick response and being socially devoted, Vodafone UK didn’t just cut the amount of questions through the regular channels, but they made 1 million Pounds in upsales. That can be completely assigned to being socially devoted to their customers.
Having a personal touch in social media is important. There are companies that are trying to automate the process like they have automated the phone services but really, do not automate it. You cannot automate real human interaction and the result comes from real human interaction.
Interestingly enough, with gains at close reach, we still see that 70% of all fan questions are not responded to. Which is strange if we factor in the efforts we make in marketing. We spend a lot of money to get people interested. But once we have them interested or once they have become a client, they are socially ignored. In 70% of the cases they do not receive answers to their questions. And that is a great challenge for companies.